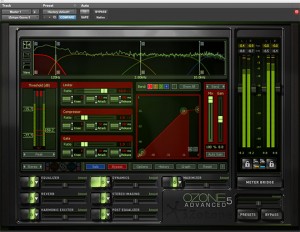 Is Mediocre the New Norm?

The bar for professional song mastering has been lowered due to software plugins and tutorials that show you how it’s done. Has mediocre and good enough become the new norm? Economic conditions have caused many artists to cut costs in the recording process, The result has been DIY (do-it-yourself) song mastering and all-in-one audio mastering services. Several recording studios have found it necessary to add more incentives to bring in business. They are offering free music mastering as part of their mixing fee.

In order to compete in the loudness war and for economic reasons, many artists are song mastering with software plug-ins. The Internet is loaded with tutorials on Youtube with how to master a song loud and DIY mastering tips. Many artists are content with distorted music in order to have their music loud. They don’t seem to notice or care that all the life has been sucked out of the music, by squashing the mix. I’ve been sent many songs by artists saying that they tried to master the music themselves, but couldn’t get it loud as the commercial hits. Even some of the songs at the top of the charts have settled for a distorted master to make the music louder. The fans are listening to the music so loud that any distortion they hear is just considered part of the norm.

An artist emailed me with a link to his song and wanted my opinion. He explained that a Grammy award-winning engineer mixed the music. The same engineer as part of a special mixing-mastering package mastered the song. I asked the artist if he could send me the original final mixes so that I could hear how it sounded before mastering. I compared the final mix and master at the same volume level. The track was plenty loud right at -3db, but didn’t sound right when played in my perfectly tuned mastering studio. The EQ applied during mastering had actually damaged the quality of the final mix. The vocal track didn’t sound right and the mid’s on the horn section had suffered. I had similar scenarios of mixes sent to me either for evaluation or remastering. Again the music was mastered by the mixing engineer with problems in the final mix. In almost all the cases, the mixing was excellent, but not the mastering. There are many problems that occur when the audio engineer masters the song he just mixed in the recording studio. The engineer has heard the mixes several times and eventually loses his objectivity. The mastering engineer can listen to the songs with a fresh new set of ears. Most studios for recording and mixing contain many serious flaws in the monitoring environment. The monitoring errors are twice as bad when mastering is done in the same room as where the music was recorded and mixed. In fact, if a song is mixed properly, it should require very few changes by the professional mastering engineer. Mastering is the final step in the evolution of a song. When the quality suffers, the song hasn’t reached it’s full potential.

There are many mastering studios and online mastering services springing up all over the Internet. Many of these services use inadequate equipment and listening environments. Newbies with low-end software plug-ins and audio engineers with very little experience are mastering songs. To become an expert at mastering it usually takes about twenty years. I’ve seen mastering services as low as ten or nineteen dollars. A mastering facility with top equipment couldn’t even cover their basic expenses charging such a small price. Now that budgets are being cut, it’s important to get your songs mastered by an experienced professional mastering engineer. You’ve put your heart and soul into your project, why not make your song the best it can be, rather than settle for mediocrity.